For purposes of this post I’m operating under the assumption that we’ve all gone through that awkward phase when we’re dating and actually trying to impress people. While things aren’t quite as awkward as that here in Cubicle Hell, 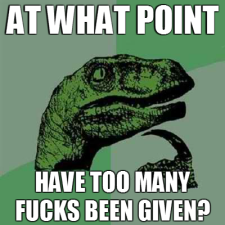 there are certain moments when it feels like it is actually far worse. By way of example, I was stood up today. Twice. I haven’t found myself sitting quietly and quite alone at a table like that since sometime in the late 1990s.

The up side is that being stood up at the office doesn’t generally feature deep, painful rejection of you as a human being or potential sexual partner. It does, however, send the unmistakable signal that your time isn’t worth a tinker’s damn and that the one doing the standing up had something more important to do. Believe it or not, I can almost understand that. I’m a cog way down deep in the belly of the beast. There are absolutely people whose time is more valuable than mine. I understand that with perfect clarity and I’m fine with it.

What I’m not fine with is that no one even bothers with an explanation. Lord knows I’m not sitting around waiting for an apology, but a simple explanation or some acknowledgment that there was some intentional or unintentional pooch-screwing and that as a result your time was wasted would be nice. I have it on good authority that from time to time people may appreciate that kind of gesture. Some people, anyway. Others have clearly already been pushed well past the ability to give any additional fucks.